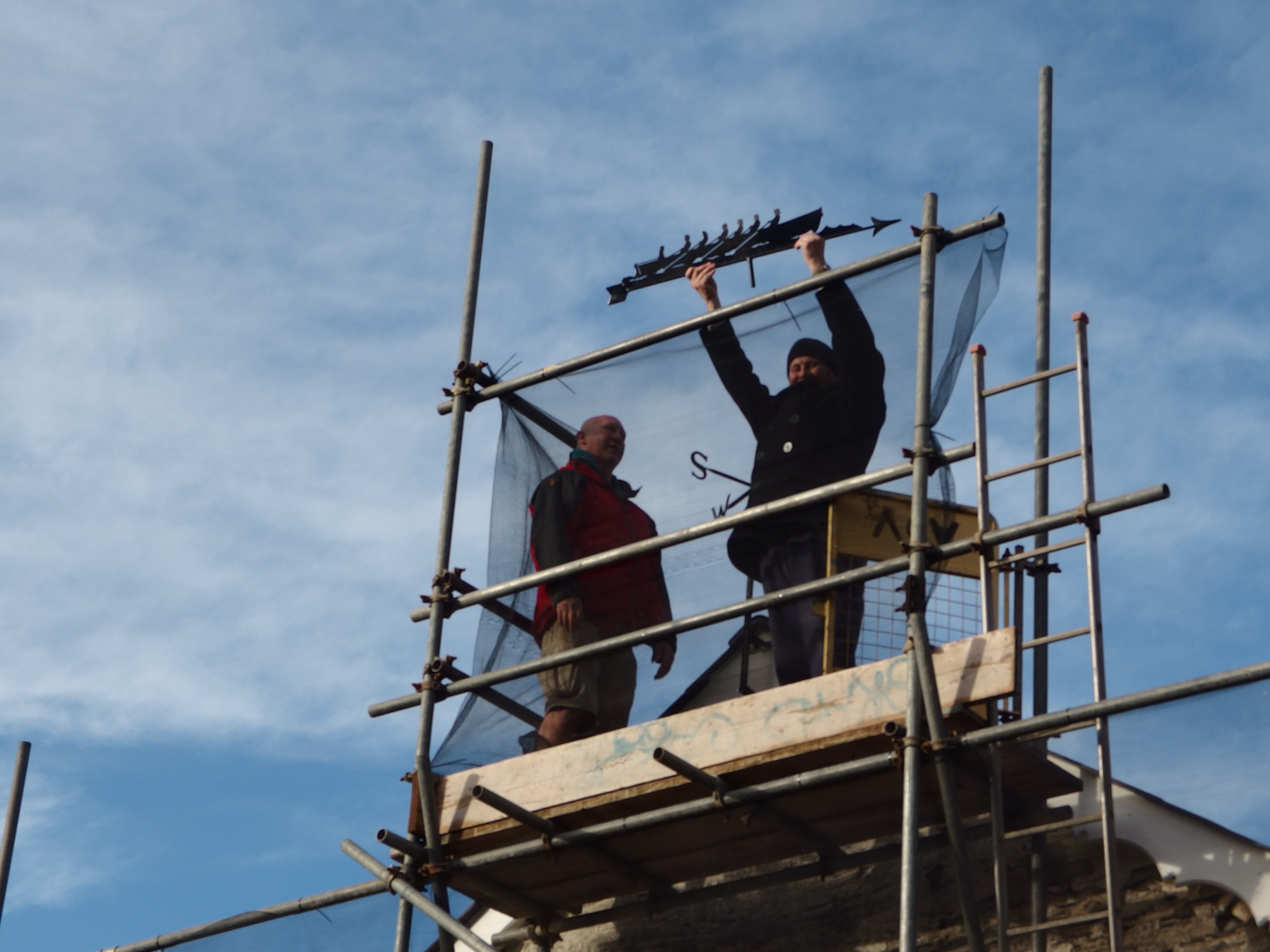 Barnstaple Pilot Gig Club held a topping-out ceremony on Sunday 8th December 2019 at their recently acquired premises, attended by Barnstaple Town Mayor, councillors, members of other local gig clubs, benefactors, and club members. The ceremony was to celebrate completion of the new roof on the 19th century warehouse purchased by BPGC in July this year, after a two-year fund raising effort to raise the purchase price, and to showcase work done on the building to date and the plans for future work.

On a windy and showery day the bacon rolls and hot drinks provided by the club for all present were most welcome. The club chairman Kevin Ward welcomed all those present, briefly explaining the work done to date and thanking all who have worked so hard on the project, before introducing Alan Rennles, Barnstaple Town Mayor, and inviting him to say a few words.

Mr Alan Rennles said how impressed he and fellow councillors were with Barnstaple Pilot Gig club for taking the initiative to raise the funds to bring back to life a sadly neglected building, in a manner that would be a credit to Barnstaple and an impressive Water Sports Centre for many years to come.

The topping-out ceremony then took place when one of the founder members of the club, Mr Tim Sloper, placed a weather vane in the shape of a pilot gig boat and crew on the bracket on the gable at the front of the building. The weather vane was commissioned and donated by Tim Sloper in memory of his late wife Chrissie Sloper.

Much work remains to be done to the building, most of it on a voluntary basis by club members. New windows and doors are already on site and will be installed in the very near future. The next big project on the building will be the renewal of the flooring at first floor level, with under-floor heating connected to an air-source heat pump. Further work will require additional funds, so the club fund-raising efforts continue apace; there will be a Christmas Bingo night next Thursday (12th December) at Barnstaple Rugby Club, a Christmas Raffle is underway with a first prize of a holiday for two, there is currently a Crowdfunder appeal in hand for renovation funds, and many more events are planned for next year. For further information and to keep up to date with the building works see